Hey folks!
Welcome fellow writer Jordan McCollum and her wonderful insights about that wonderful tool of the suspence writer, The MacGuffin:

The presence of suspense is . . . a feat and shows promise, since it indicates that the writer is writing more for the reader than for himself. (Noah Lukeman, The Plot Thickens, p. 120)

Suspense on a story level and tension on a scene level are both vital to creating a readable story. Tension compels readers to read a scene, while suspense keeps them hooked until the next scene. There are many things we can do to heighten and highlight the tension in our writing. One technique that has been used to great effect is to use something that doesn’t matter at all, something that the reader doesn’t care about.

How can something that doesn’t matter make readers want to know more? Well, it’s not entirely true that the reader doesn’t care about this object—they care about it because our characters care about it very deeply. But, as Alfred Hitchcock put it, “the audience don’t care” what it is (ah, those British collective nouns!). 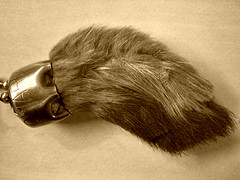 Remember the last time you watched North by Northwest, Raiders of the Lost Ark, or Mission Impossible 3? In all of these movies, at least one set of characters is searching for something. Do you remember what it was?

It’s okay if you don’t. Does it matter what it was? Would we root against the bad guys more if they were looking for the Holy Grail or the All-Powerful Reliquary of King David (something I just made up)? Would we have worried about the fate of the world any less if we knew what that rabbit’s foot Ethan Hunt recovered really was?

The objects of these quests doesn’t have intrinsic value. Raiders shows us this by sticking the Ark into government storage. MI3 shows us this by never even telling us what the rabbit’s foot is—and drawing our attention to the fact that we don’t know what it is.

These are all MacGuffins—objects that have little intrinsic importance except how they function for the plot. You can use a MacGuffin in your writing to help increase the tension and pull readers along through your story. 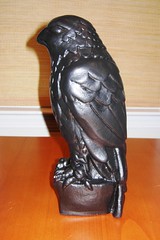 Because it doesn’t matter exactly what a MacGuffin is, sometimes it’s best to go for the concrete, yet vague. The Maltese Falcon was a statuette, but “government secrets” or “the microfilm” are classics as well. I’ve made a MacGuffin generator using some classic and modern MacGuffins. Warpcore SF offers a sci-fi MacGuffin generator as well.

Of course, before you go looking for a MacGuffin, brainstorm to see if you can find anything already important to your story to use instead. I built my MacGuffin generator to help with a WIP, but then I hit on something within the story which made a subplot and the main plot far stronger than a random object might have.

Once you’ve selected your MacGuffin, you have to make sure you can get your characters—and thus your readers—to care about it (no matter what it is).

Using a MacGuffin
So how can you use something that’s not important to ratchet up the tension in your story? You must first make it important to your characters. Often, this is most easily accomplished by showing that the bad guys want it—and showing the terrible consequences of the bad guys attaining their goal: the nuclear device will be sold to the [insert nationality of your choice here]s, the world will end, etc. However, if you make the bad guys bad enough by showing their atrocities, their specific plans for the object may not be revealed until much later—and that revelation is another way to heighten the tension.

You can also make your MacGuffin personally important to your characters. If you’ve done a good job of creating sympathy with your readers, simply showing how important that object is to the character may be enough. Of course, as with above, you can also show the dire consequences of not getting it back. Is it something they’re supposed to guard? Something they need for their health/sanity/continued existence? Will someone else bring consequences on the character’s head if it’s not kept safe or recovered? 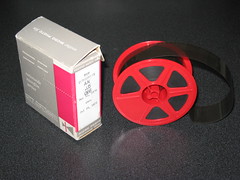 Another classic MacGuffin use is to start a quest. (You can debate over whether the ring in Lord of the Rings is a MacGuffin, for example. Couldn’t it have been a chalice or belt or statuette?) Again, showing the consequences of failure will throw your readers into suspense.

Naturally, if a character has a MacGuffin—and especially if that MacGuffin is putting them in danger—this often works best with something that our character can’t just ditch down a storm drain. Some sort of knowledge or secret works especially well, but so does placing the character in further danger. In The 39 Steps, the main character receives a secret and a map from a spy in her death throes. He can’t just toss it and go home because he’s now the suspect in the spy’s murder and the object of a nationwide manhunt—which also means his picture and name are being splashed across the papers in conjunction with hers, so the bad guys will know to associate them.

Establish the stakes, and the nature of your MacGuffin isn’t important. No matter what it is (or isn’t), a MacGuffin gets our characters acting—and our readers reading. As Noah Lukeman says, using a MacGuffin, or anything else, to establish suspense and increase tension shows that you’re thinking about the reader’s experience—and that’s one important step to writing a great novel.

About the author
Jordan McCollum blogs professionally about Internet marketing news at Marketing Pilgrim, and personally about fulfillment in motherhood at MamaBlogga. She’s always trying to add more tension and suspense to her fiction writing, which she blogs about at JordanMcCollum.com.